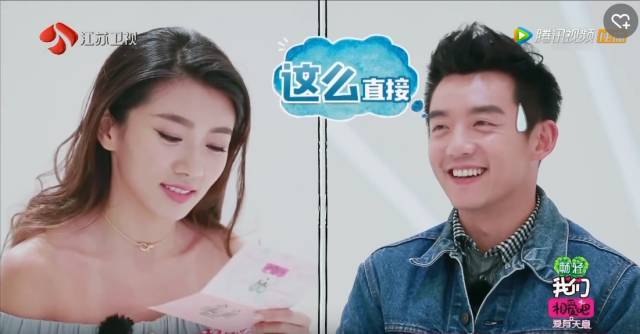 Today we’ll be posting in English so that some of our ABC (American Born Chinese) friends can also enjoy our articles.

Someone asked me this the other day: “What’s the best way to gauge a guy without scaring him?”. It seems like a lot of women are tired of having to filter through today’s large dating pool and coming up short. Frustrated that they’ve wasted to much time, women will often resort to asking a set of upfront questions and blasting them toward potential partners. After all, isn’t that essentially what those dating profile questions are all about?

It’s a common problem, but unfortunately it comes down to human nature. It’s a simple game of passing your own genes down to the next generation. If you take a look at our ancestors (think hunter-gatherer days), women needed to find a stable mate to hunt in order to guarantee her own offspring’s well-being. From the males’ perspective, all they need to do is to spread their seed as much as possible to increase the survival of his genes. How does this translate to today’s dating scene? Women are eager to find someone reliable and stable enough to marry, while men are more interested in sex.

Drawing a parallel, during the initial dating phase, a women asking question about a man about marriage and children is the equivalent of a man asking a women to sleep with them after only a few dates.

To answer the question, the best way to gauge a guy without scaring him takes time. The last thing you want to do is confront him directly. The men who can instantly respond to your questions with the answers you want to hear will tend to be the playboys who are lying to you; the truly responsible men simply can’t bring themselves to promise you anything, even if they are ready to get married.

You have to look at his actions and attitudes toward other things in life. Examine his relationships with friends and family and how he treats others. Verify that he has a sense of responsibility, confirm that he has a normal/healthy attitude toward marriage. If you’ve know or met his parents, what does their relationship look like?

When asking questions, don’t use direct questions are too direct or make him think about your relationship with him. For example, you can ask him how he pictures his life in 10 or 20 years (but don’t go anywhere near the word “us”). If it’s all centered around himself, his career, his money, etc., then he might not be Mr. Right. But if he’s talking about raising kids, going on family vacations, growing old together, then that tends to be a good sign. But be careful - just because he’s a good candidate for marriage a few years down the line, doesn’t mean he’ll choose to marry you…